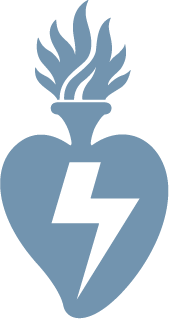 Earlier today, Sacred Laser finally announced they are using the Cynosure MedLite C6 – for “Laser Tattoo Removal”. The equipment is the industry’s gold standard laser for multi-colored tattoo removal, and has been in use at Sacred Laser since September 2015. A primary reason for utilising this gold standard equipment is to focus on the Tattoo Lightening aspect with clients who, with minimal removal sessions, are able to fade their old tattoos enough to be able to effectively start over and get the tattoos they really want. Of course at Sacred Laser they love removing tattoos but they are really excited about this aspect of the business. Sacred Laser help people with there vision of how they want their tattoos to be because they love tattooing, they are tattooed people and are passionate about the future of the Tattooing industry as much as the Laser Removal Industry…. and want to do so with a difference.

Briar Andersen, Co-Founder at Sacred Laser, says: “Sacred Laser wanted to have the best available equipment with Cynosure MedLite C6. Anyone familiar with the Laser Tattoo Removal in Auckland NZ market will probably have noticed how everyone else seems to not be delivering on promises, disregarding the clients as mere numbers, doing tattoo removal as a side business and not investing in equipment of the highest quality, even when sometimes they claimed to be. This has been a problem, however Sacred Laser’s association with Sacred Tattoo, arguably industry leaders in New Zealand for 20 years, gives them more insight and back ground into tattooing over all other clinics. Sacred Laser knows what tattooing actually needs from the industry of Laser Tattoo Removal and Lightening and that is Sacred Laser’s one and only focus.

So as a welcome breath of fresh air, Sacred Laser is first and foremost a “Tattoo Removal and Lightening Laser” clinic. They are in the business of working inside the Tattoo Industry to deliver what the industry needs and that is Fast, Safe, Effective and Affordable Laser Tattoo Removal. Sacred Laser chose to specialise in Tattoo removal so they are not distracted by other treatments, normally associated with a beauty clinic. 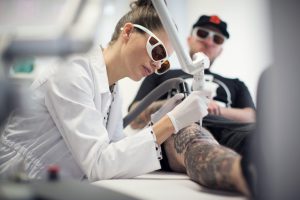 Briar Andersen also said “Sacred Laser want to give customers options, rather than just complete tattoo removal and with Cynosure MedLite C6, they have a fresh new possibility of lightening a tattoo with as little as 1-3 treatments  making way for new work. It’s just awesome to participate in the vision of what people see for themselves in their tattoo ideas”.

Sacred Laser has been in business for 1 year, being established in September 1, 2015. Since Day 1 it has always aimed to help people with there vision of how they want their tattoos to be because they love tattooing, and as tattooed people they are passionate about the future of the Tattooing industry as much as the Laser Removal Industry..

For further information about Sacred Laser, all this can be discovered at https://www.sacredlaser.co.nz/ 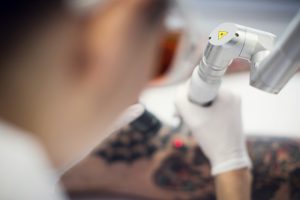 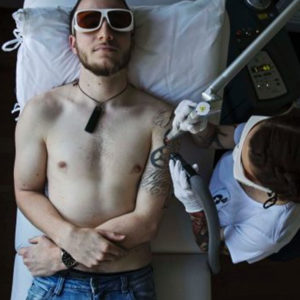 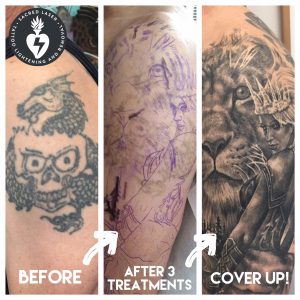 Cover up after Tattoo Removal